From on now, Yoshida-san and his team can focus on making jobs unique and fun and if they get the balance just right, adding new content unlike we've ever seen before that pushes teamwork and job synergy to its limits. So you had better reading that summary, especially if you want to see how each individual job is going to change. 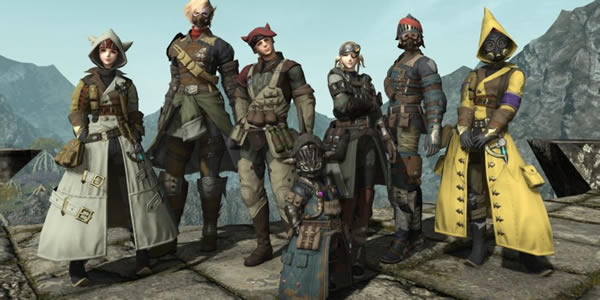 Jobs will be getting new actions that further define their niche within a role. For example, Paladins will be able to block both physical and magical attacks and will have a new action that allows them to reduce damage for everyone behind them while increasing their block rate to 100%.

An overall tightening up of unnecessary actions such as Stone being combined into to just one spell that evolves to higher tiers as you level up and the abolishment of cross skills which will be replaced by Role Actions that are essentially the critical skills every job in a role needs to operate.

Removal of Accuracy, Parry, and Piety. Each role will instead get a new attribute that relates to their function in a party. For example, Parry is now Tenacity which increases tank damage while reducing incoming damage. Piety will be re-purposed in a similar way into a non-primary attribute just for healers that functions the same as it did before.

Final Fantasy XIV is a great MMORPG, welcome to FFXIV4GIL, you will be able to see the most exciting videos, not only did we get to see new abilities in action, but more importantly, there are a slew of job adjustment information, find more at here.

On August 25, the game "Madden NFL 18" will finally be available for sale on the Xbox One and PS4 consoles. But Electronic Arts has thought of the most impatient of you.

New NBA 2K18 trailer unveiled by 2K, this time devoted to the MyTEAM mode. Check out some of the new features of this year's edition.