WildStar 1.6.2 update has already come out with cross fictional features. You'll be able to form groups from other faction thanks to the new cross-faction features, and you have the ability to do almost every piece of content with these cross-faction groups.

With the arrival of Redmoon Mutiny, which is the second half of the Redmoon Terror raid, bold adventurers are getting some incredible allies to help them against Laveka, the one they call Dark-Hearted, and her ghoulish minions.

There are numerous new social features that will be added to WildStar to improve the cross-faction play as much as possible. You're not just limited to cross-faction groups and guilds, you also the ability to make cross-faction circles, friends, and even neighbors! As members of different factions and sworn enemies, you can still play together and have fun. 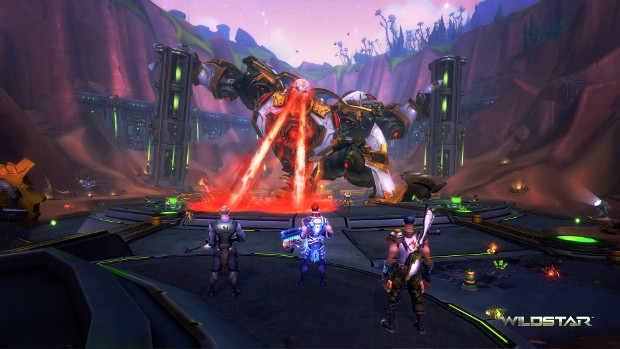 Below is a list of all the new features:

To celebrate our 2016 Halloween, we're having a special discounted promotion on all products. Follow the step, join us for a Big Halloween Weekend, you'll get up to 15% coupon discount code.

Making money is reliant on the demand of your server economy. Typically, this will be items that can be gathered, as crafters may prefer to spend gil instead of time to get their crafts out of the way.

Why Do you Keep Playing WildStar?

How To Level Up Fast in WildStar

Leveling can be a pretty daunting job in any MMO game, and unfortunately WildStar suffers from a similar fate. This page will gonna give you several tips to level up fast.

Wildstar's next major content update — Sabotage — will introduce a plethora of player-versus-player options to the game, including a 15-on-15 battleground arena. In Sabotage, you'll navigate on your mounts

How to fast our speed in WildStar Gold making?

WildStar Gold Fast Making guide is always a hot topic in WildStar, and we are here today to discuss how to make ourselves informed and decisive to choose the way that will benefit our gold farming in the game.

There will be a new WildStar Battleground named Sabotage for PVP. We can tell how hardcore it is simply from its name. it is a new content full of explosions.